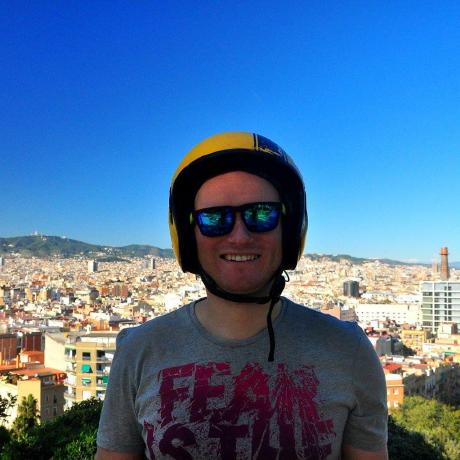 This document is written from a Java/Fullstack developer perspective and it is intended to explain API First approach from the business, consumer, and API creator points of view.

In past days HTTP APIs used to be either random collections of RPC-like endpoints of some heavy SOAP interfaces.

Some time around 2000 Roy Fielding presented REST in his doctoral dissertation but it took some time before it was adopted as a common practice.

SOAP was not widely adopted by web and mobile applications due to its implementation complexity and high verbosity.

The adaptation of Swagger and the SwaggerUI

In 2011 Tony Tam created an open-sourced Swagger API. In the early days, Swagger was mostly used together with a Swagger UI console that provided an attractive self-documenting API playground.

This was and still is a great way to visually judge the clarity of an API.

Many projects that retrofittedd Swagger UI to previously existing projects, usually derived the API definition by scanning the existing source code. Or in the worst case maintaining source code and the Swagger definition independently.

Despite the multiple advantages, the approach where the API definition is just a second class citizen has some non-obvious shortcomings:

With this approach the API comes first and then comes the implementation. In other words the source code is no longer the API’s source of truth.

Developers no longer assume who their client is, whether it is an existing site, a desktop app, or just a product that has not yet been created.

If for some reason developers decide they don’t like the contract, changes at the design phase are cheaper by a couple orders of magnitude than in the scenario when the contract is defined by an already developed implementation.

With the API First approach, your OpenAPI file becomes a contract and takes precedence over the code — both server (skeleton) and client SDKs are now derived from that contract.

Advantages (for the business):

Advantages (for the creator and consumer):

Having OpenAPI as a machine-readable API definition made it possible to avoid human-developed API glue code and it’s costly maintenance (sometimes done independent for each component and each supported language).

The tools can be used to generate:

Code generation is actually the first place where API First approach unleashes the full power - it indirectly enforces the contract continous valibility as any backward incompatible change must start with a highly visible OpenAPI file change (as opposed to an inconspicuous code modification).

There are two most popular code generation tools:

They are both written in Java and support code generation for over 50 different languages and flavors.

The generators can be used:

A complete of all the generators and the supported options can be found at https://openapi-generator.tech/docs/generators.

Code generation in a project lifecycle

Code generation can be done either:

Generating server skeleton in a typical Spring Boot application means that you let the generator generate DTOs and the controller interfaces — all you need to do is to implement these interfaces with concrete controllers.

The DTOs and controller interfaces are usually derived at the build time and kept outside the version control.

Rules for picking a generator:

If the generator (HTTP library) needs to be changed after it has already been used in code, the following challenges need to be addressed:

Ask yourself a question whether you actually need to capture the exception — in many cases those situations are not recoverable and are globally logged as errors anyway.

Switching from one HTTP library to another

When switching from one library to another, your client code should be fine as long as you don’t add any custom exception handling. Unfortunately most of the clients throw different types of exceptions (Runtime).

Adding/forwarding custom headers can be obtained in two ways:

Having so many generator options (see possible options for Spring generator only) implies that the default templates are generic to serve everyone’s needs.

Some code bloat of the shortcomings mentioned in the previous section can be addressed by copying and customizing code generator templates into your project.

The templates use Mustache as the engine and usually require one-time customization action. More on templating can be found at https://openapi-generator.tech/docs/templating Things that are not possible to be customized with the templates only can be customized by creating a custom generator language (see SpringCodeGen.java for reference).

Frontend SDK can either be generated during the backend component build (and released as a dedicated NPM package) or during the frontend application build.

The generated SDK, when combined with TypeScript, can help to spot an incompatible change in the API during build process rather than during manual tests.

The TypeScript SDKs can either be generated:

Using a JavaScript native tool makes it possible to avoid the need of installing Java on the development and build machines.

A list of alternative generator tools can be found at https://openapi.tools/#sdk. Pick the best suiting tool based on your needs and FE team preferences.

Integration tests can be written using the SDK to further enhance the API development process. When using this approach, tests are written using an SDK that is kept outside a version control.

If the existing tests fail to compile against a freshly generated SDK it means the OpenAPI got a backward incompatible change.

Tests using SDKs should not replace the contract test suits as it is possible to have two compatible SDKs generated for two slightly different contracts.

A well written OpenAPI definition can easily be imported into Postman. With good request examples and definitions you can try the happy flows with the minimum adjustments (this might be as simple as providing the correct Authorization header values). 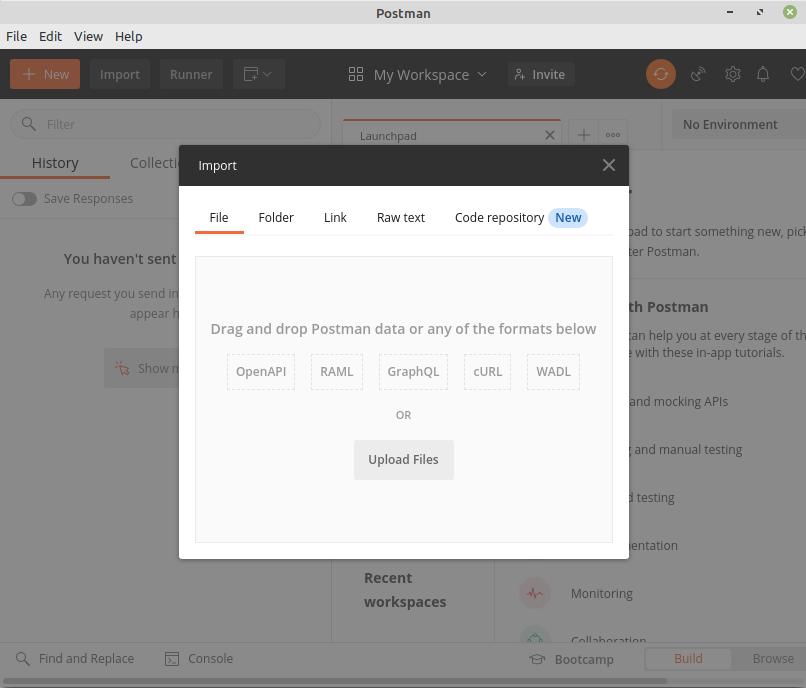 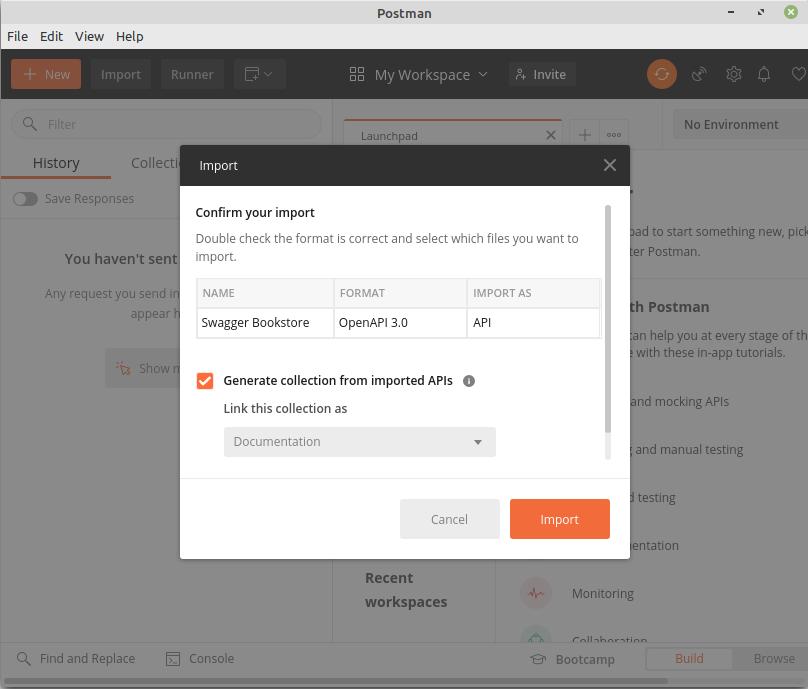 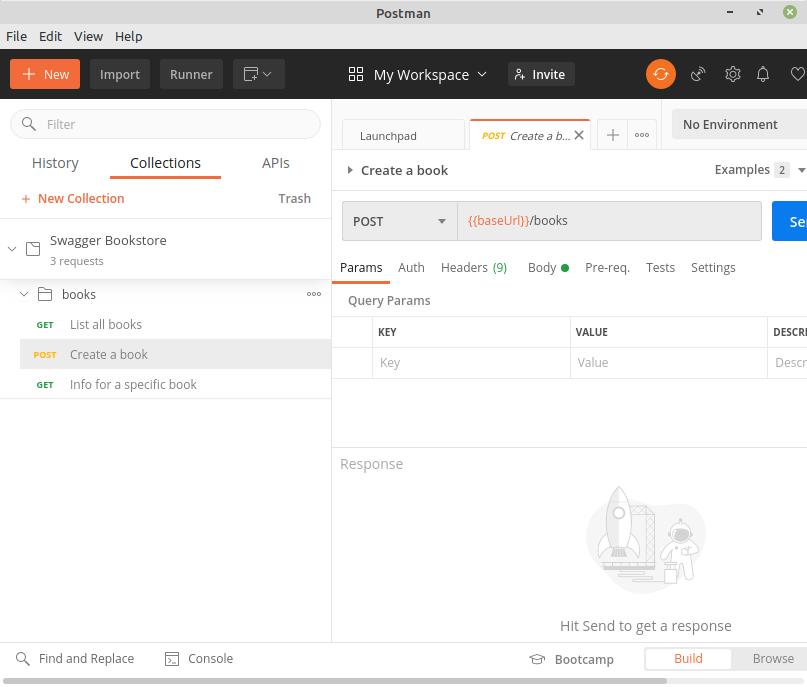 With the use of dedicated packages you can transform your rich OpenAPI definition into a realistic mock that can be used for the frontend application development, independently on the backend services development.

A comprehensive comparison of the mocking servers can be found at https://openapi.tools/#mock.